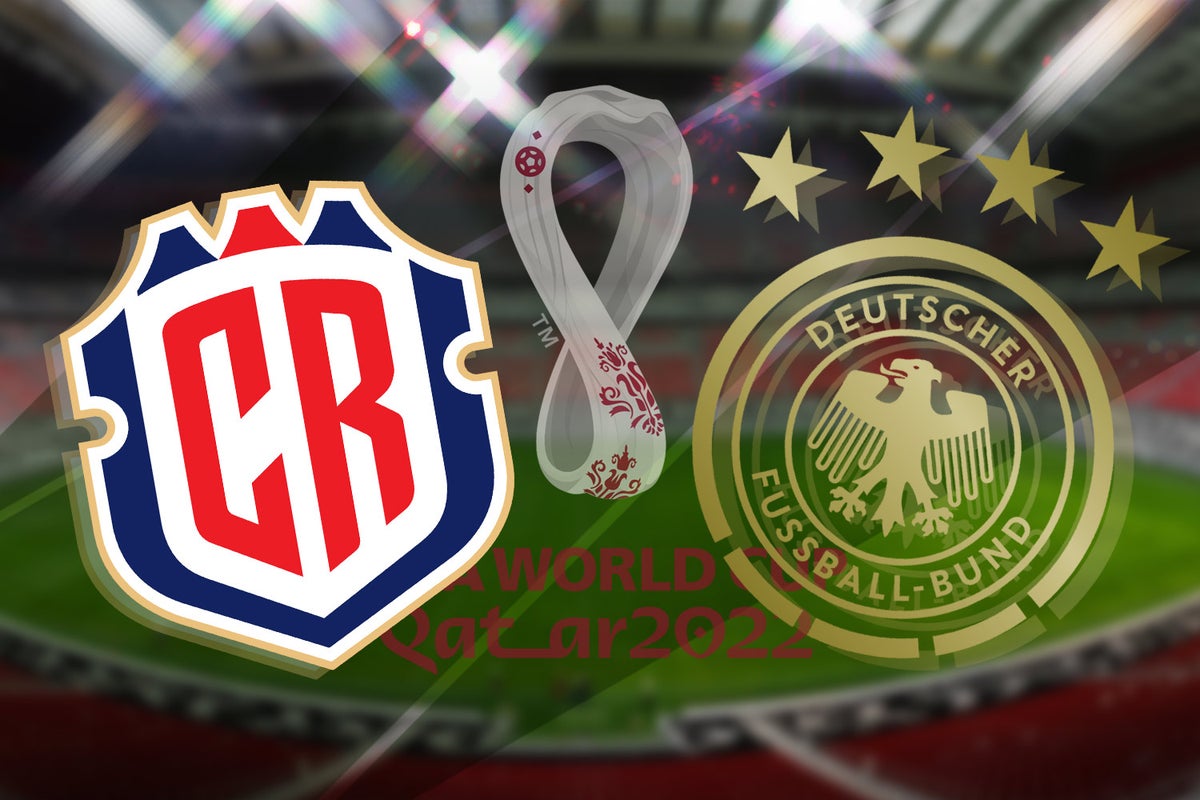 ermany will be confident of saving their World Cup campaign and reaching the knockout stages with victory over Costa Rica on Thursday.

The 2014 champions got off to the worst possible start in Qatar, falling to defeat against Japan, and looked on course to be knocked out in the group-stage at the World Cup for the second successive tournament.

A draw with Spain though, and crucially Costa Rica’s win over Japan, has kept them alive and they will reach the last-16 with victory should Japan also be beaten by Spain.

As for Costa Rica, who are somehow still right in Group E despite losing their opening match 7-0, a draw would be enough for them to go through if Japan lose.

Here’s all you need to know about the match…

Costa Rica vs Germany is scheduled for a 7pm GMT kick-off on Thursday, December 1, 2022.

The match will take place at Al Bayt Stadium in Qatar.

Where to watch Costa Rica vs Germany

TV channels: In the UK, the match will be televised free-to-air and live on ITV4, with coverage beginning at 6:15pm.

Livestream: Fans can also catch the game live online via ITVX and the ITV website.

Live Blog: You can follow all the action on matchday via Standard Sport’s live blogwith Nizaar Kinsella on the ground to provide expert analysis.

Kendall Waston was superb in defense for Costa Rica against Japan, coming into the side as they moved to a back five and looked significantly more solid. More of the same in terms of shape and personnel is expected.

The attacking players must start delivering, with Anthony Contreras and Joel Campbell both ineffective so far in the tournament but likely to start once again.

Germany’s big decision comes up front, with Niclas Fullkrug coming off the bench against Spain to earn a crucial point. He replaced Thomas Muller who was quiet throughout, while Kai Havertz was not involved at all having started the first match.

Leroy Sane played his first 20 minutes of the tournament, and will be hoping that is enough to earn him a place in the starting lineup against a Costa Rica side he will be confident of causing huge problems.

Costa Rica have had one shot on target all tournament, with it enough to earn three points against Japan, and it would be a huge surprise if they had the attacking threat to trouble Germany.

Hansi Flick’s side would have watched Spain blow Costa Rica away in emphatic fashion, and should be capable of comfortably getting the three points they need here.

Germany won the only previous meeting between the two sides, a 4–2 victory at the 2006 World Cup.

Odds via Betfair (subject to change).

‘I’m not seeking for a court situation. I just want the truth’ – The Irish Instances