A video that is currently viral on social media right now shows the moment how a woman managed to shop in London, England, from being robbed after she tackled a masked robber that was demanding cash.

The woman was reportedly waiting at the shop to buy something when the hooded robber stormed into the shop with a wooden object as his weapon.

Instead of just allowing the robber to do his own thing, the woman decided to step in and fight the robber.

The woman also tried to pull back the robber before she told him to leave and even grabbed the weapon from the thug before getting pushed on the floor.

This made the robber to think about what he was doing and made him flee the scene without robbing the store, which is located in Newham, East London.

Jaymin Rana, who owns the shop, said that his mother was working behind the counter at around 2pm when a man came in and started to threaten her.

The owner of the shop said that his mother did not think anything of the masked man initially because of the ongoing pandemic. 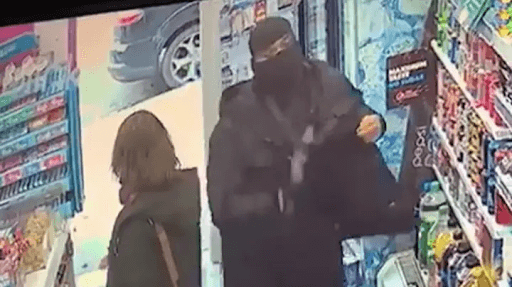 “It’s only when he said, ‘Put the [expletive] money in the bag,’ then they knew it was serious. The customer on the other side told him to get out and pushed him. Meanwhile, my mum pushed the panic alarm.”

Rana said that the customer did stop the robber from taking anything, however, she was injured in the process.

“She did get hurt on her back and leg when she was chucked to the ground.”

The Met Police released a statement about the incident, saying”

“Police were called at approximately 14.10hrs on Thursday, 20 January to reports of an attempted robbery at a shop in Browning Road, E12. A man entered the shop in possession of what was described as a stick and demanded cash. He was challenged by a customer and a shop worker before leaving. Nothing was taken; no reports of any injuries. Enquiries into the circumstances continue; no arrests.” 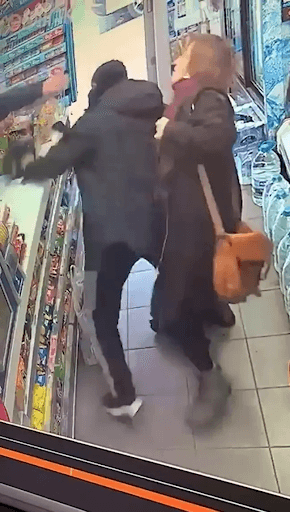 A video of the incident went viral on social media after it was shared and people across the globe who saw it applauded the woman and her brave efforts.

What are your thoughts on the woman’s brave efforts? Let us know what your thoughts are by leaving a comment in the comments section below!

Priest In Italy Fined Because He Tolled Church Bells Too Much

6 ways to keep yourself active at home

A Comprehensive Guide For Selecting The Best Horse Stable…

Drug Withdrawal Symptoms for Teens: What Does It Look Like?

Unusual Things To Do In Bratislava In 2022

Why are these product boxes in great demand?