By Stacy Liberatore For Dailymail.com

A pilot flying an Airbus from Miami to Denver during Hurricane Ian witnessed an extraordinary weather phenomenon known as ‘St Elmo’s Fire’ that appeared as purple lightning shooting through the night sky.

The spectacular show occurs during thunderstorms when the atmosphere becomes charged and an electrical discharge of plasma is created between an object and the air around it.

Luis Andress, the captain of the plane, recently shared the experience, noting it was the first time he has ever seen St Elmo’s fire with such ‘intensity.’

Hurricane Ian, which hit Florida on September 28, clocked in as a Category 4 when it made landfall and was the deadliest the state has seen since 1935’s Labor Day hurricane. 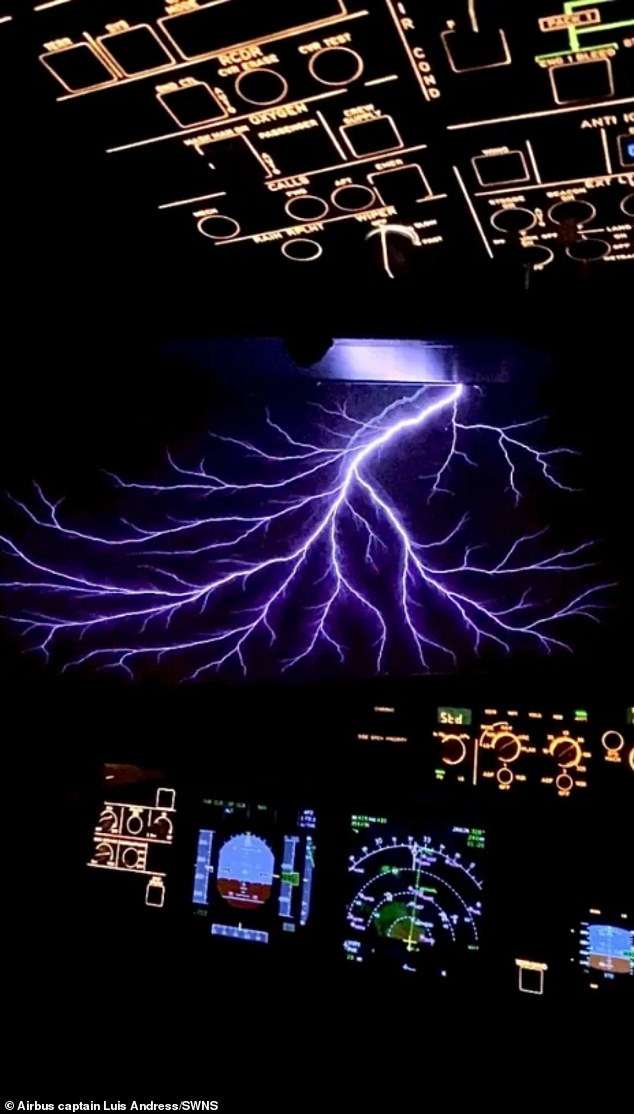 ‘I live in Florida, and was doing the MIA-DEN on the same day Hurricane Ian was passing by. It was a spectacle to see the phenomenon of St. Elmo’s Fire. It was such a show,’ Andres said in a statement per South West News Service (SWNS).

‘I was impressed because it was my first time seeing them with that intensity.’

Hurricane Ian – which devastated highly populated areas of southwest Florida including Naples and Fort Myers – affected both coastal and inland communities by the flooding of homes but wind damage was comparatively less extensive.

The storm caused between $1.1 billion and $1.8 billion of damage to the state’s agricultural infrastructure alone.

The first record of the phenomenon seen during Hurricane Ian was written around 1110 by Gesta Herwardi, a sailor and Anglo-Saxon nobleman.

It was eventually named after the patron saint of sailors, St Erasmus of Formia, also known as St Elmo, and the ‘Fire’ is due to it looking like a blaze is streaking through the night sky. 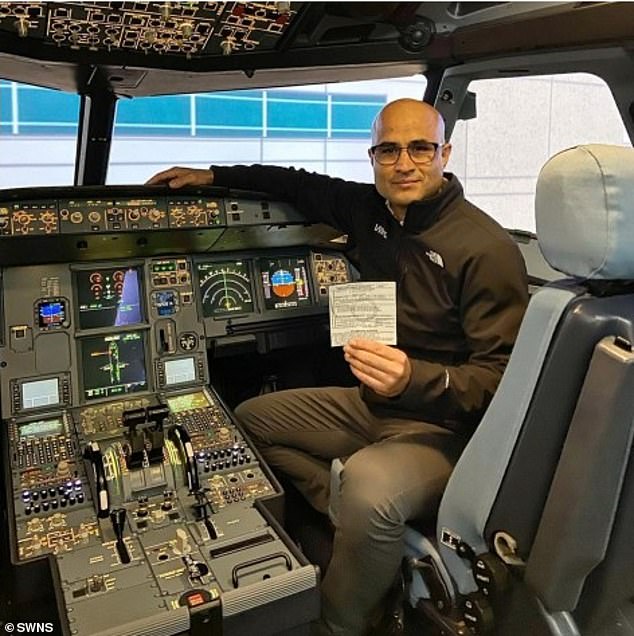 Luis Andress, the captain of the plane, recently shared the experience, noting it was the first time he has ever seen St Elmo’s fire with such ‘intensity’

This is what the office looks like to a @99Sqn C-17 crew navigating their way through the ITCZ ​​(Inter Tropical Convergence Zone) at night! The electrical weather phenomenon of St Elmo’s Fire isn’t dangerous, but it usually means you’re surrounded by storms!#99Sqn #C17 #RAF pic.twitter.com/d1YrWUqMMR

It is described as an electrical discharge, blue glow or a plasma, and occurs because of thunderstorms.

Friction becomes intense within a storm as it grows, which creates powerful electric fields that can travel from the cloud down to the ground, WNCT reports.

An electric field breaks down the air into a plasma with a ton of voltage present and the voltage the rips apart air molecules.

Finally, a corona discharge occurs that is seen as St. Elmo’s fire.

St. Elmo’s Fire is typically seen during thunderstorms when the ground below the storm is electrically charged, and there is high voltage in the air between the cloud and the ground, according to Scientific American.

The phenomenon was also seen by a military aircrew in 2020 and the group shared the experience in a video online.

The RAF said the C-17 crew experienced it while flying through the Inter Tropical Convergence Zone (ITCZ) at night.

The short video shows the dark sky lighting up with flashes of purple charges.

Canada not interested in being a space filler at the FIFA…