Eric Adams demands Biden gets a grip on migrant crisis as he declares state of emergency: NYC mayor calls for tighter border controls, migrants to be bussed to other cities and help with $1BN bill for 17,000 in Big Apple

By Ronny Reyes For Dailymail.Com

New York City Mayor Eric Adams called on the Biden administration to crackdown on the border crisis as he declares a state of emergency in the Big Apple.

Adams condemned the busing programs spearheaded by Texas Gov. Greg Abbott, who has brought about 17,000 migrants to the Big Apple.

The mayor said about five to six buses are arriving every day since September, with nine buses arriving yesterday and eight on Friday.

Since April, New York has set up 42 emergency shelters, enrolled 5,500 children in public school and tried to help the asylum seekers connect with family and resources.

But Adams warned that the city could ultimately see 100,000 new migrants arrive by the end of the year, which will take its toll on New York’s budget.

‘We expect to spend at least $1billion by the end of the fiscal year on this crisis, all because we have a functional, a compassionate system,’ Adams said.

The mayor called on the federal government to tighten border control, provide funds to cities overburdened by the influx of migrants, and to get other cities to accept the immigrants.

‘We need a realistic decompression strategy at the border that will slow the outflow of asylum seekers. Adams said. ‘We need a coordinated effort to move asylum seekers to other cities in this country to ensure everyone is doing their part.’ 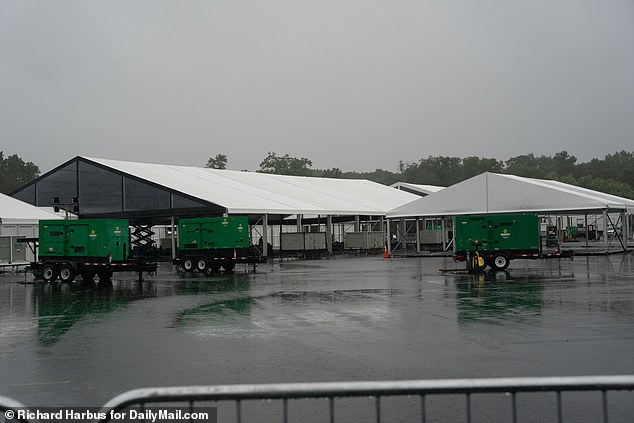 He issued emergency orders to expedite the building of ‘tent cities’ to house the 17,000 migrants arriving like the newest one built in Randalls Island (pictured) 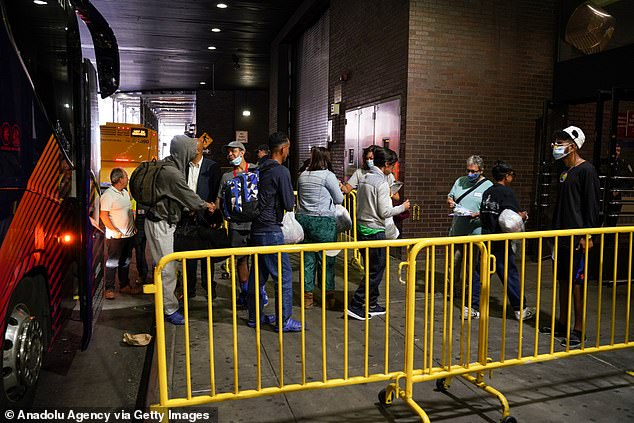 Five to six buses full of migrants have arrived daily since September (above), with eight buses arriving on Thursday and nine on Friday 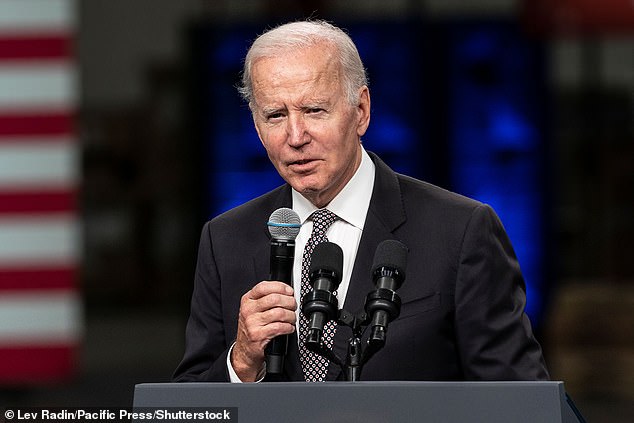 Adams ultimately urged for the Biden administration to crack down on the border crisis, and take control of the busing programs to deliver migrants to other cities

The mayor noted that the city’s shelters were already near 100 percent capacity, with about 61,000 people in the system, 20,000 of which are children.

‘Although our compassion is limitless, our resources are not,’ Adams said. ‘This is unsustainable.’

Adams appealed to hotels and nonprofits for temporary housing of the new migrants, and urged the private sector for donations to help the strained city.

The mayor also claimed that if officials in Texas and Arizona, where the majority of migrants are being bussed from, had first reached out to New York to coordinate a plan, then the city would’ve been able to allocate a budget to help the migrants .

‘But we didn’t get the support and information we asked for, and now, New York City is being forced to bare far more than its share of this national crisis.’

‘Our right to shelter laws, our social services, and our values ​​are being exploited by others for political gain,’ the mayor added, condemning the busing program.

This is a developing story.