We work on one of the UK’s most ticketed streets… 4,000 fines were dished out in months – a bizarre issue is to blame


PEOPLE working on one of the UK’s most ticketed streets say there’s a bizarre reason so many motorists are slapped with parking fines.

The street is a popular shopping destination for keen fashion lovers, and also attracts foodies with its cuisine.

But there is only one 26-space car park in the area – other than on the road.

And locals say that road is problematic because of an odd ‘one side only’ parking policy.

The rule allows free parking on one side of the street between 7am and 1pm, and then on the opposite side from 1pm to 7pm and rule breakers are hit with an eye-watering £70 ticket. 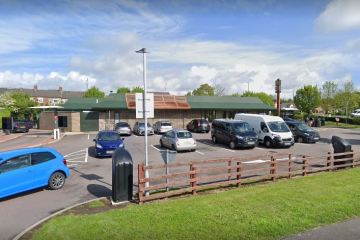 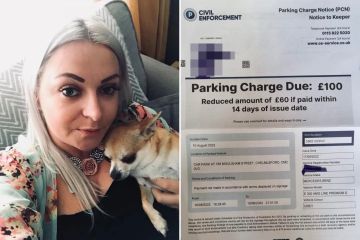 Between January and September, 3,965 fines were issued on the road – which is more than double Birmingham’s next most ticketed street.

And while those fines could have made the Birmingham City Council up to £227,500, local business owners say the lack of parking, and strict rules, make it difficult for them to survive.

Khalid Mohammed, 51, has run a convenience store on the road for 18 years and says business is slowing down.

He exclusively told The Sun Online: “Trade is not as good as it used to be because the parking issue is out of control.

“Lots of people come from out of town and they just park without realising. The signs are not clear.

“The traffic wardens do not look anymore, they just put the tickets on. The weekends are the worst by far.”

From 7am until 1pm, cars can park almost anywhere on the road heading out of the city for an hour without charge.

But parking is banned on the opposite side of the road and the rules strictly enforced.

Then from 1pm to 7pm the rules reverse. And this happens every day of the week including Sundays.

Osman Jabbar, 40, runs an Auto Spares shop with his father Abdul, 60, and said in the last 20 years the area had “flourished” – attracting visitors from all over the country.

He said: “They come for the bridal shops, the shoe shops, fashion and food. We have got it all going on here but nowhere to park.

“It really affects us. Because we need space for servicing and repairs and we have had to turn customers away because there is just nowhere to put their car.”

While The Sun was speaking to business owners, driver Arshad Khan, 40, walked out to find he had been slapped with a ticket.

Arshad was left fuming as he’d spent a mere £11 in a supermarket and emerged five minutes later to find the dreaded piece of paper.

He said: “I’m from another part of the city and had come down here with my wife for the shops. I just saw all the cars parked up and assumed it was okay. I can’t believe it. The signs are terrible “

Like many others before him, Arshad had made the mistake of looking at the parking signs across the road and not realizing that they did not apply to his side.

And, just 24 minutes later he would have been parked legally.

“I am taking pictures so they can see how bad the signage is down here.”

The traffic wardens patrolling Alum Rock Road admit it can be confusing for drivers not used to the rules, but say the road is too narrow to allow parking on both sides.

One warden who did not want to be named said: “When drivers do that, buses can’t get passed.

“We have to make sure that parking is only on one side of the road.

“We do get a lot of abuse of course. It comes with the job and we try to be reasonable. We won’t ticket a car with a driver inside, we’ll just tell them the rules.”

They admitted that they were so busy with cars ignoring the ‘one side only’ rule that they had not time to check if anyone overstayed on their permitted hour.

Meanwhile, one business owner is even trying to do his bit to stop drivers getting ticketed.

Zafran Khan, 55, runs Nafees Bakery and sweet shop, and said: “People just don’t realize. They see cars parked on the side of the road and think it’s okay but it is not that simple.

“I have put a notice on my shop window now warning people because we hear so many complaints but what can you do?

“This is a hot area. All the shops are here but the official car park is tiny.”

But not everyone is so sympathetic to the drivers’ plight.

Arshed Hussain, 51, who runs Brit Fashions, said: “I don’t think the Council are doing anything wrong.

“They have put up signs and if people don’t read them and end up breaking the law then they will be fined.

“This place is like Blackpool. People come here for a day out and while not everyone gets a place to park, I don’t think it impacts on the business.”

But, shopkeeper Ajay Khan, 29, said: “The chaos on this road is just too much. There are accidents every week.

“It is crazy, especially at weekends and people coming from out of town really struggle.

“This week a lady came to fix my Payzone machine and she got a ticket – that will be £35 and half of her day’s wages gone.

“People coming from out of town really struggle. It is time the Council recognized the value of this place and invested in a proper car park.”

netflix: ‘All of Us Are Dead’ Year 2: Here’s all the things you…

Schooling is the most effective asset mother and father can give to small children:…